The history of interior design is a long and varied one, with many landmark moments that have shaped the industry as we know it. In this article, we’ll take a look at some of the most significant interior design milestones and how they’ve influenced the way that we live today.

From ancient times, people have been decorating their homes in unique and often beautiful ways. Today, interior design is a popular profession with many people working in the field.

Some of the earliest examples of interior design can be found in ancient Egypt. There, Pharaohs and their families would commission elaborate tombs featuring beautiful murals and sculptures. Later, during the Byzantine Empire, architects developed elaborate church interiors featuring intricate mosaics and stained glass windows.

As Europe began to grow more complex, so did the designs used for interiors. Renaissance designers favored lavish palaces with sumptuous interiors filled with intricate carpets and paintings. During the Victorian era, wealthy families commissioned powerful architects to create elaborately decorated homes that reflected their elevated social status. The ancient Europeans preferred natural materials such as stone, wood, and earth. They also used a lot of colors and patterns to create an atmosphere inside their homes. Many of the designs were inspired by nature and believed that a home should be surrounded by beauty.

When one thinks of the interior design of ancient China, India and other Asian countries, it is easy to imagine opulent palaces and ornate temples. What one might not know, however, is that many of these magnificent structures were originally designed to be functional as well as beautiful.

The history of Asian interior design can be traced back to pre-historic times. Evidence suggests that people in the region were early adopters of decorating their dwellings with objects such as pottery and wood carvings. Over time, these objects evolved into detailed architectural features such as fretwork and lacquer work.

In Asia interior design was a sophisticated affair, characterized by intricate carvings, colorful fabrics and bold patterns. Often ceremonial in nature, these designs were used to embellish temples and other important places of worship. Today’s designers can learn a lot from the techniques and aesthetics employed centuries ago. By paying close attention to detail, they can create spaces that are both beautiful and functional.

As Asia became increasingly connected with the rest of the world, influences from abroad began to seep into local culture.

Interior design in Africa is a fascinating story with a long and rich history. From the intricate details of cave paintings to the elaborate architecture of ancient kingdoms, African interior design is nothing short of spectacular.

Ancient African interior design was highly influenced by their religious beliefs. Many of the designs featured in ancient African homes were meant to represent symbols and meanings associated with specific religions. For example, the Zacchaeus Window is a well-known design found in ancient Egyptian and African homes. The window features a small opening at the top, which is surrounded by carved vine leaves. The vines represent the journey of life and the tree represents strength and stability.

Another common design found in African homes is the drum shaped ceiling. The drum shape is believed to represent the womb or home of the gods. This design is often used in places like bathrooms and kitchens, where it helps to create a feeling of peace.

One final example of an ancient African design that still influences modern home decor is the use of animal motifs.

In South America and North America, interior design has a lot in common. In both regions, indigenous peoples were the primary designers of interior spaces. These cultures were based on the natural environment, and their dwellings reflected this by featuring earth tones, geometric forms, and natural materials.

Today, ancient practices of interior design continue to be employed throughout South America and North America. Indigenous artisans work with modern materials and techniques to create stunning interiors that are inspired by nature. Whether you’re looking for a traditional indigenous design or something more modern and innovative, these regions have something for you.

What is Interior Design 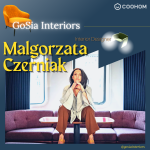 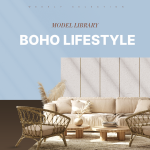 Some may think modern style is cold and stark, but modern kitchen decor is all about creating that heart of...

The phrase "less is more" embodies the concept of minimalist decor. In our manic modern-day lives, sometimes the best thing...

Though it’s tempting to default to Europe as the center for all things stylish, America is an interior design powerhouse...

Although it might be an intimidating task, decorating an American-style home can be a ton of joy. There are, after all, many...

This year’s decorating styles are inspired by nature to create atmospheres that are peaceful, warm, airy, and welcoming— all with...

Before we start, I’d like to address that this is an article to help those who are SketchUp fanatics, or...